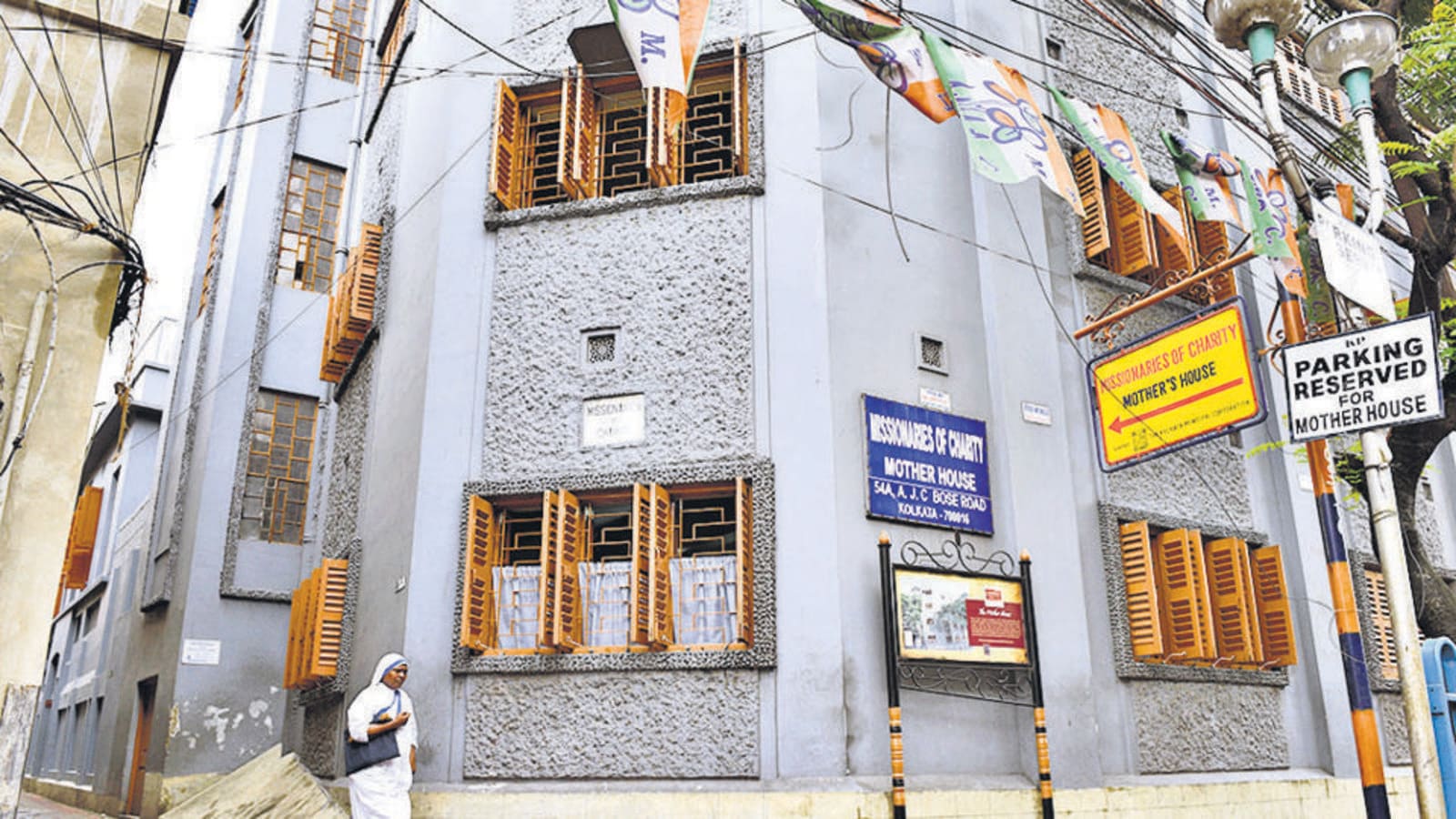 New Delhi: A political controversy broke out on Monday over the Centre’s decision, taken on December 25, to not renew the Foreign Contribution Regulation Act (FCRA) licence of Mother Teresa’s Missionaries of Charity (MoC) with Bengal chief minister Mamata Banerjee expressing shock, and the Union government clarifying its stand.

The row began when Banerjee alleged that bank accounts of Mother Teresa’s foundation were frozen by the central government, a claim instantly denied by the Union ministry of home affairs, which regulates FCRA.

“Shocked to hear that on Christmas, Union Ministry froze all bank accounts of Mother Teresa’s Missionaries of Charity in India! Their 22,000 patients & employees have been left without food & medicines. While the law is paramount, humanitarian efforts must not be compromised,” Banerjee tweeted.

The Missionaries of Charity is a Catholic religious congregation established in 1950 by Mother Teresa.

Responding to the allegation, the Union government issued a statement saying the request to freeze Missionaries of Charity (MOC) accounts was made by the foundation itself to the State Bank of India. It acknowledged, however, that the renewal of FCRA registration of MoC was refused on December 25, citing “adverse inputs”, and that it has not yet applied for a review.

“The application under Foreign Contribution Regulation Act for the renewal of FCRA registration of Missionaries of Charity (MoC) was refused on December 25, 2021, for not meeting the eligibility conditions under FCRA 2010 and Foreign Contribution Regulation Rules (FCRR) 2011. No request/revision application has been received from Missionaries of Charity for review of this refusal of renewal,” the ministry of home affairs said.

The registration of Missionaries of Charity, under FCRA vide Registration No 147120001, was valid up to October 31, 2021, according to the ministry. It added that the validity was subsequently extended to December 31, 2021, along with other FCRA associations whose renewal applications were pending renewal.

Asked about the nature of “adverse inputs”, ministry officials declined to give further details.

The government amended the FCRA in September 2020 to make the law stricter. A new provision in the law mandated that non-government organisations receiving foreign funding will have to operate bank accounts in State Bank of India in New Delhi only.

The Missionaries of Charity, when asked about the controversy on Monday, said everything was fine.

“We would like to clarify that the FCRA registration of the Missionaries of Charity has neither been suspended nor cancelled. Further there is no freeze ordered by the ministry of home affairs on any of our bank accounts. We have been informed that our FCRA renewal application has not been approved. Therefore, as a measure to ensure there is no lapse, we have asked our centres not to operate any of the FC accounts until the matter is resolved,” it said in a statement.

The Trinamool Congress (TMC), however, alleged that the Centre was putting pressure on the organisation.

“First the government of India intimidates. For weeks, right through to December 25. And then they pile on the pressure to extract this Shame on the MHA and its shameless damage control tactics,” tweeted Derek O’Brien, TMC Rajya Sabha MP.

The Archdiocese of Kolkata condemned the Centre’s decision, though its statement mentioned the freezing of accounts.

“In freezing the bank accounts of Missionaries of Charity Sisters and Brothers congregations, government agencies have given a cruel Christmas gift to the poorest of the poor,” tweeted Father Dominic Gomes, vicar general of the Archdiocese of the Roman Catholic Church.

Secretary of Communist Party of India (Marxist), Surjya Kanta Mishra, also criticised the move on the same grounds. ““Yesterday, Christmas Day the Union Ministry froze all bank accounts of Mother Teresa’s Missionaries of Charity. The govt has frozen all the accounts in India, including cash in hand. Their 22,000 patients, including employees, are left without food and medicines,” he tweeted.

The Bharatiya Janata Party (BJP) hit out at Banerjee.

“Poorly informed Mamata Banerjee gets it wrong, like always. This is what happens when you have an eye on Goa polls and religious polarisation and not governance is the only calling card,” Amit Malviya, BJP’s co-incharge of West Bengal, said in a tweet.