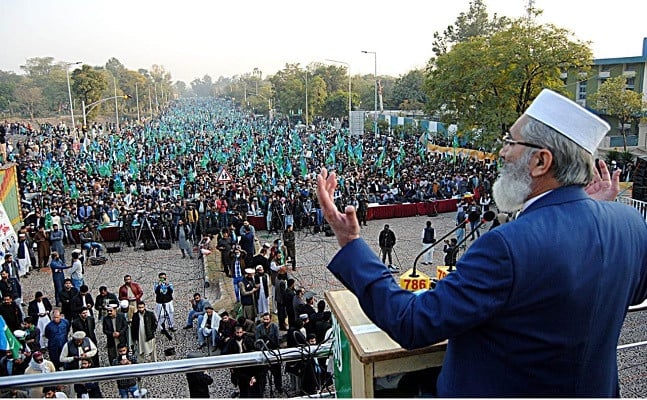 
The Jamaat-e-Islami (JI) on Saturday announced postponing the ‘Karachi Rights Caravan’, scheduled to be taken out on Sunday (today), due to rising political uncertainty in the country in the aftermath of the no-confidence motion tabled against Prime Minister Imran Khan in the National Assembly.

The decision was taken by the JI Karachi chapter in a high-level meeting held at ‘Idara Noor-e-Haq’ in the metropolis to review the prevailing political situation in the country.

The JI leaders expressed “deep concerns” over the political conduct of both treasury and opposition members that resulted in rising tensions and uncertainty.

The meeting also expressed regret over “new lows” being set in the political history of the country as the “conscience of people were auctioned”.

The JI Karachi leadership also expressed displeasure over the fact that the interests and issues of the masses were compromised during the ongoing political wheeling and dealing by the major political parties of the country.

The JI will announce the new date for the rally later while the Karachi Rights Movement will continue during the upcoming holy month of Ramazan.