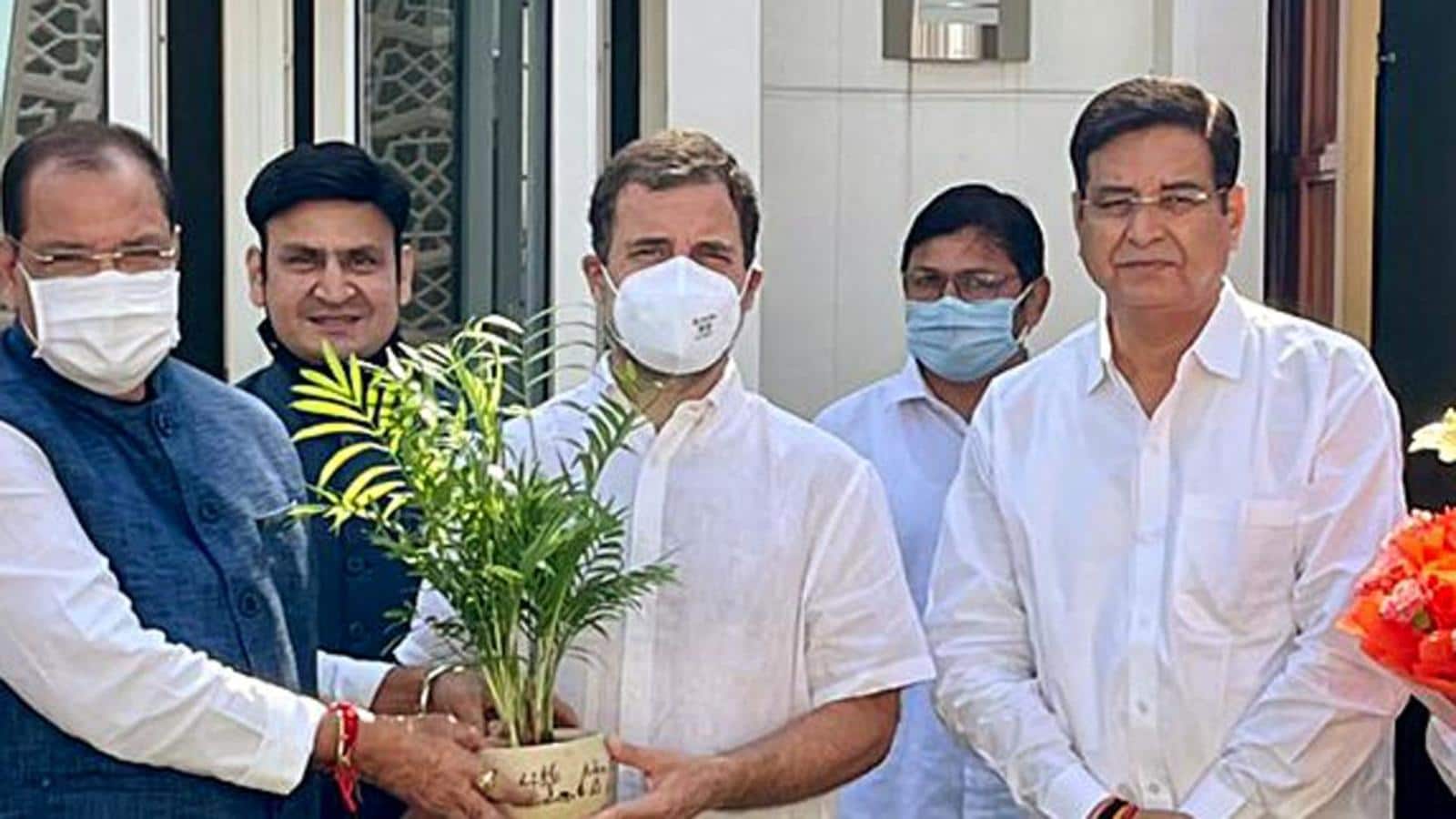 DEHRADUN: Uttarakhand’s leader of opposition Pritam Singh, who is being credited with playing a crucial role in persuading Yashpal Arya and son Sanjeev to return to the Congress, said it was important to respond to the ruling Bharatiya Janata Party (BJP), which recently inducted three legislators including one from the Congress.

Yashpal Arya, 69, who crossed over to the BJP with his son ahead of the 2017 elections, rejoined the Congress on Monday at an event in national capital Delhi. As he thanked the Congress leadership for letting him return, Arya, a prominent Dalit leader in Uttarakhand politics, called it his ‘ghar wapsi’, or ‘homecoming’.

“It was important to give a reply to the BJP after it had started the defection game in last few days by facilitating the joining of three MLAs including one of Congress,” said Pritam Singh.

“We don’t promote this defection politics but the BJP started it and was boasting about it, so it was important to reply to them,” Singh added.

Congress leaders, however, insisted that the talks between Yashpal Arya and some Congress leaders including Pritam Singh had been on for the last few months.

Arya, a six-time lawmaker who led the Uttarakhand Congress between 2007 and 2014, had also been in touch with Rahul Gandhi.

A Congress leader said Yashpal Arya, who was feeling stifled and ignored in the BJP, was apprehensive about how senior party leader Harish Rawat, with whom he had differences in the past and contributed to his decision to quit the party in 2017, would take to his return. He was repeatedly reassured that this would not present a problem.

At the public event in Delhi, Congress general secretary and former chief minister Rawat said they felt pain when Arya left the Congress for some reason in 2017. He is today joining back at a time when the party is fighting several challenges, he said.

People familiar with the development said the timing of Yashpal Arya’s induction was decided by the central leadership. On Monday, Harish Rawat and state unit president Ganesh Godiyal took the first flight to Delhi for the induction event.

Congress leaders said Pritam Singh had reached out to a third BJP legislator from Dehradun district also and he was expected to join the Congress on Monday. But BJP Rajya Sabha member and party national media in-charge Anil Baluni heard about it and was able to persuade him to stay put in the BJP.

Political commentator SMA Kazmi said Singh’s success in getting Arya back in the party is set to help him raise his stature in the party. “Singh, who was considered to be in the faction of the deceased former leader of Opposition Indira Hridayesh, had become weak after her demise in front of Rawat against whom he had differences which are open to all,” Kazmi said.

The BJP rejected suggestions that Arya had been sidelined in the party. “He was given all the respect in BJP…The evidence is the fact that he was made a cabinet minister in our government with several important departments. Even after that, if he had to leave, then the reason is only known to him,” said BJP Uttarakhand president Madan Kaushik.