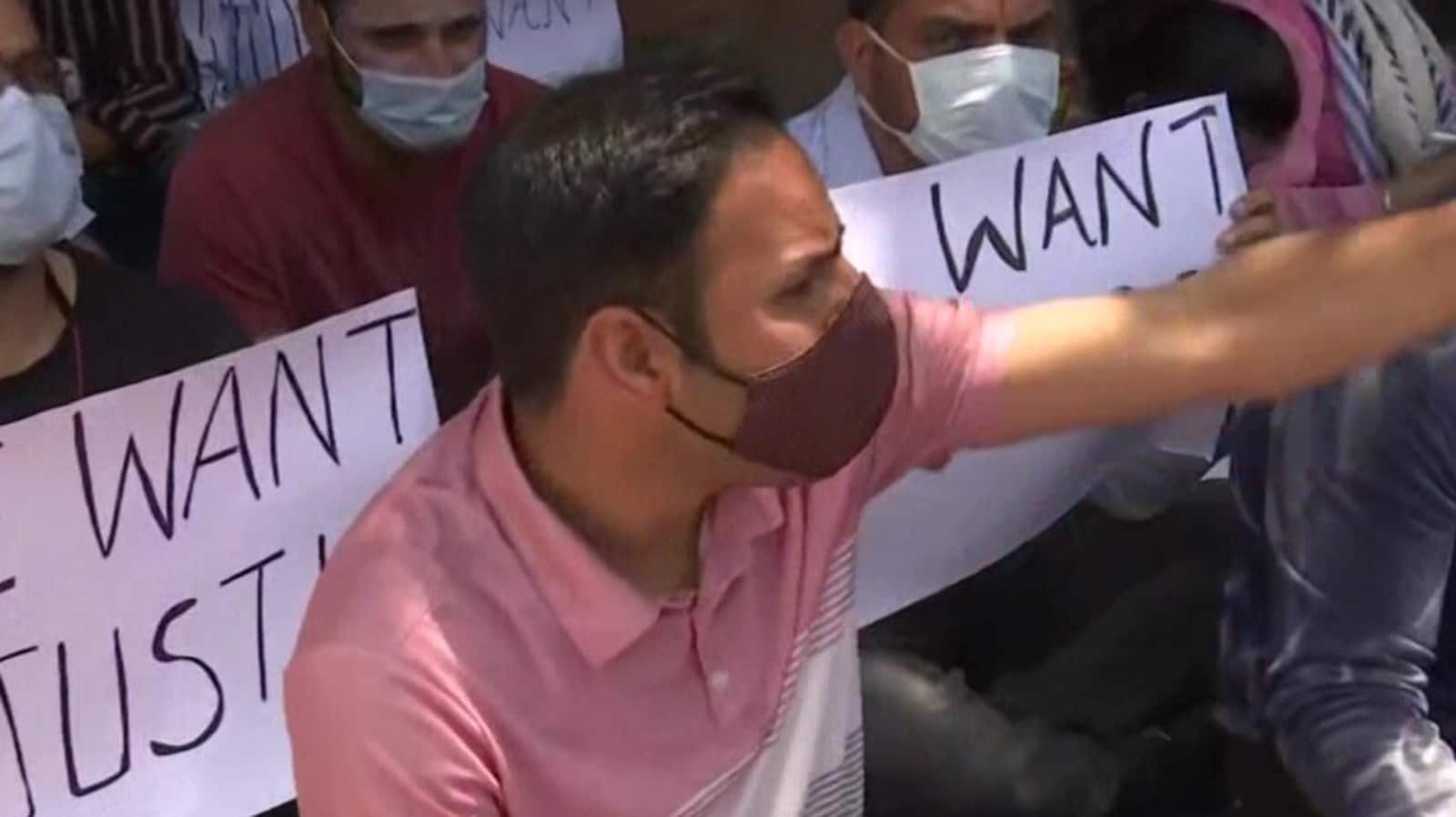 According to the police, the faceoff took place when protesters tried to move out of the district’s Veerwan Colony to protest against the killing but were stopped from going out

A scuffle broke out on Saturday in Jammu and Kashmir’s Baramulla district, as protests continued against the targeted killing of Kashmiri Pandit Rahul Bhat, who was shot dead by terrorists in central Kashmir’s Budgam on May 12. Kashmiri Pandits, who are employed as government staffers, scuffled with personnel of the Jammu and Kashmir Police at Veerwan Colony in the district.

According to the police, the faceoff took place when protesters tried to move out of the colony to protest against the killing but were stopped from going out. “Things are normal now,” said a police officer.

Several Twitter users shared visuals of the scuffle between the two sides.

Most unfortunate that kashmiri pandits of Veerwan migrant colony Baramulla are not allowed to pay tributes to fellow employee bro Rahul Bhat killed by terrorists 2days back.
While LG pays a visit to SDH Sopore,some kms away from Veerwan,but didn’t bother to visit KPs.
Saddened😡 pic.twitter.com/cXnjkpEQ8m

On Friday, demonstrators faced a lathi-charge and were tear-gassed as they tried to march towards the Srinagar airport. This was, in fact, one of the several agitations held in the Union territory against the attack on Bhat, who left behind a wife and young daughter.

The killing has provoked massive outrage and anger in the Valley; reports also emerged of a mass resignation by government employees of the Pandit community. However, the Budgam district administration denied any such development.

The social media reports of resignations by Migrant employees are denied as no such letter of resignation(s) have been recieved by the administration. Service related issues are being addressed in a time bound manner in a weeks time.@OfficeOfLGJandK @diprjk @DivisionalComm1

Jammu and Kashmir lieutenant governor Manoj Sinha’s office announced a day ago that a special investigation team (SIT) will probe the incident. Sinha also announced a government job for Bhat’s wife, adding that the UT administration will bear educational expenses of their daughter.

A decision has been taken to constitute special investigative team to probe all the aspects of the despicable terror attack. The SHO of the concerned police station has also been attached.

The fatal attack on Rahul Bhat, who was employed as a government clerk, took place inside the tehsil office in Budgam’s Chadoora.

Thank you for subscribing to our Daily News Capsule newsletter.