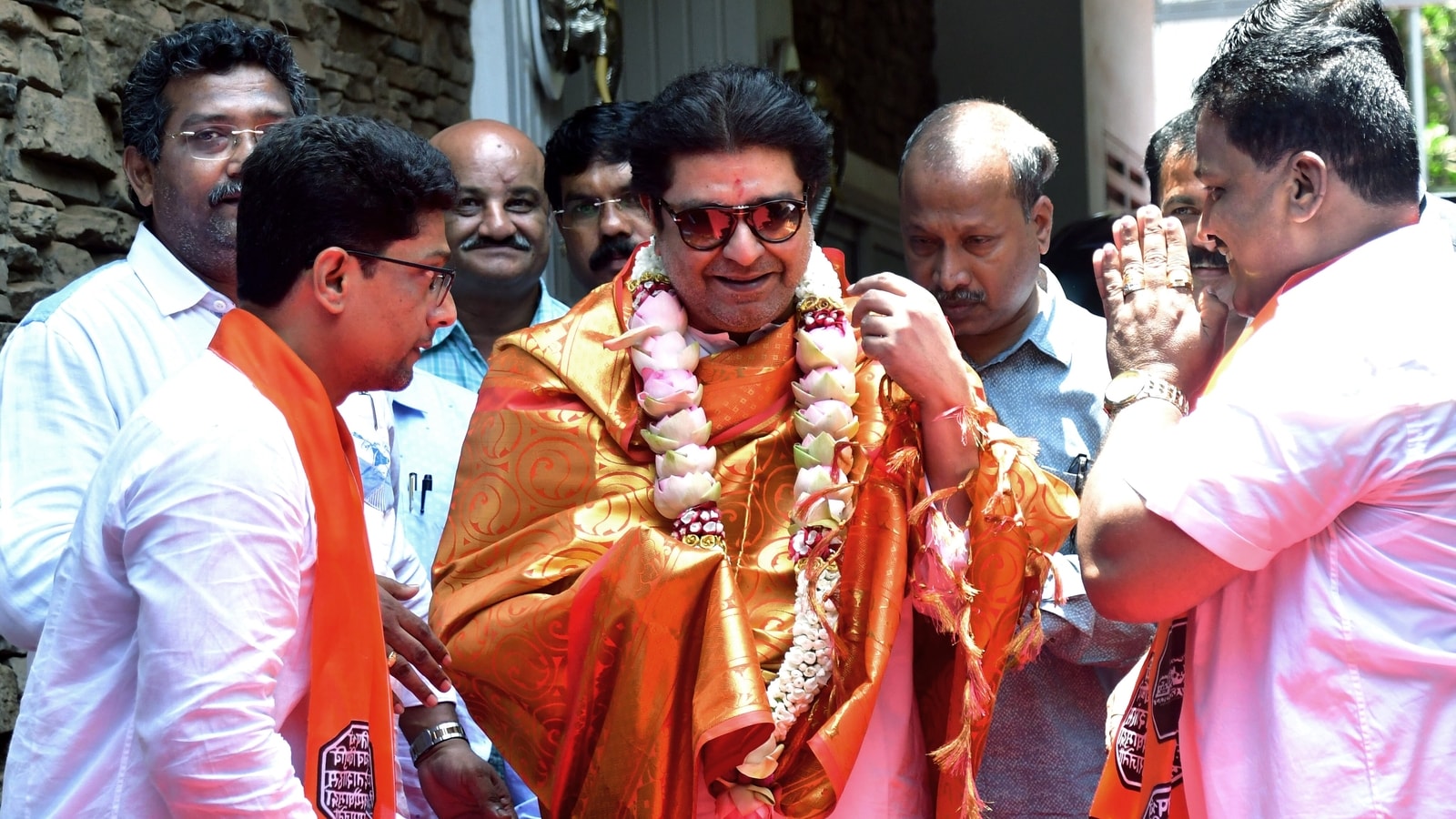 Amid the ongoing loudspeaker row, Maharashtra Navnirman Sena (MNS) chief Raj Thackeray is set to hold his much-awaited mega rally in Aurangabad’s Marathwada Sanskrutik Mandal on Sunday– May 1- which is observed as Maharashtra Day. The MNS chief last month tried to corner the Sena-NCP-Congress government in Maharashtra by demanding that loudspeakers on mosques be removed, and threatened to play the ‘Hanuman Chalisa’ in front of mosques at a louder volume if the demand was not met.

The state’s 62 Foundation Day celebrations on May 1 are set to take a politically charged tone with parties having scheduled several events across the state.

Chief minister Uddhav Thackeray will speak in a virtual conference organised by the Marathi daily Loksatta in the afternoon, while leader of opposition and Bharatiya Janata Party (BJP) leader Devendra Fadnavis is scheduled to hold a ‘Booster Dose’ rally at Somaiya ground in Mumbai, that’s being seen as the launch of the campaign for upcoming elections to civic bodies.

Vanchit Bahujan Aghadi chief and Dr BR Ambedkar’s grandson, Prakash Ambedkar, has announced peace marches across the state to “protest attempts to communalise the atmosphere in the state”. A number of personalities from Marathi literature, theatre and social circles are expected to join the marches.

The MNS chief’s speech in Aurangabad comes after two speeches he made earlier this month strongly objecting to the use of loudspeakers for Azaan (Muslim call for prayer).

Also Read | MNS vs Sena: High drama on the cards

The Shiv Sena has already said it can give a befitting reply to any kind of aggression. Maharashtra chief minister and Shiv Sena president Uddhav Thackeray held a meeting with party spokespersons recently, ahead of his estranged cousin Raj’s scheduled rally. Sena MP Sanjay Raut claimed that the BJP uses AIMIM chief Asaduddin Owaisi to split Muslim votes, and now some “Hindu Owaisis” have been created to attack “Shiv Sena’s Hindutva”.

“The Sena always has the capacity to give a tit-for-tat kind of response to any aggression. He (Uddhav Thackeray) made it very clear to us in today’s meeting,” said party spokesperson Sachin Ahir.

Another Sena leader said that Uddhav also asked party workers to expose the BJP’s “hollow Hindutva” and counter its narrative with the Sena’s performance.

The Aurangabad Police has already imposed Section 144 of CrPC in the district amid the raging loudspeaker controversy in Maharashtra. Restrictions will remain in force in the district till May 9.

However, reports suggest that certain conditions have been set by the police for the MNS chief to hold the rally. Raj Thackeray has been asked to desist from using offensive slogans, religious, casteist and regional references during or after the meeting. Only 15,000 people will be allowed to attend the rally.

The order, issued by Aurangabad Police commissioner Nikhil Gupta after exercising powers under Section 37(1) and (3) of the Bombay Police Act, mentions that political parties opposed to the MNS’s plan of chanting Hanuman Chalisa were also set to organise agitations. It cited the need to maintain peace in the wake of Maharashtra Day, Eid and other festivals being celebrated during this period.