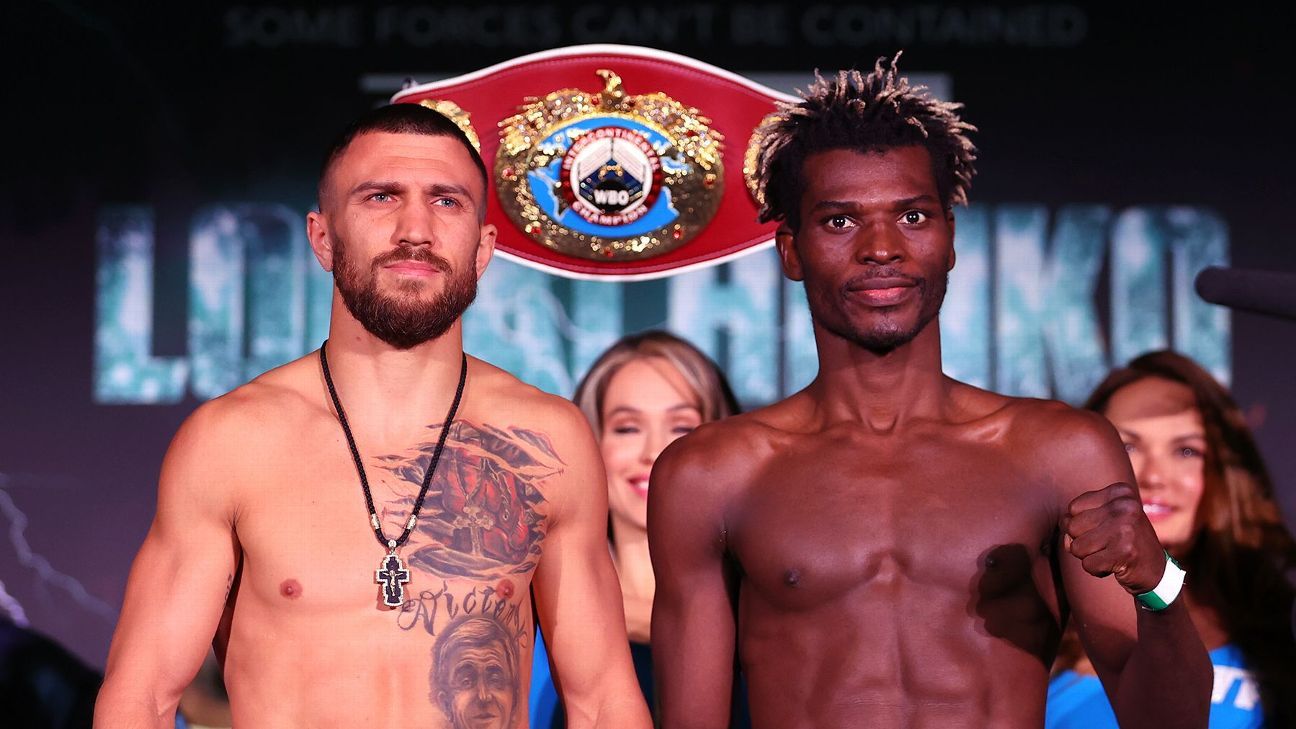 Vasiliy Lomachenko is healthy and ready to earn his way back into a lightweight championship fight, but first he needs a convincing victory against Richard Commey on Saturday (ESPN/ESPN+, 5:30 p.m. ET). Then he’ll have to hope that champion George Kambosos Jr. will fight him.

For now, all Lomachenko (15-2, 11 KOs), 33, of Ukraine, can control is to showcase his skills and score an impressive win against Commey in the main event of a Top Rank Boxing card at New York’s Madison Square Garden.

“I’m very excited because this is the next step of my boxing career,” Lomachenko said at Thursday’s news conference at MSG.

Top Rank Boxing is on ESPN and ESPN+. Subscribe to ESPN+ to get exclusive boxing events, weigh-ins and more.

Commey (30-3, 27 KOs), 34, of Ghana, was a lightweight champion until he lost his belt to Teofimo Lopez in 2019. A TKO victory over Jackson Marinez in February put Commey on the verge of another title shot as well.

“Losing is part of boxing, so regardless of how you lose, it’s all about coming back,” Commey said. “So whatever happened with the Teofimo Lopez fight, it is what it is and I took it as a man. I knew I needed to come back and I came back very strong, and that is the reason why Loma chose me, and Saturday we are going to see what happens.”

Follow along as Mike Coppinger recaps every fight from ringside or watch the fights on ESPN+.